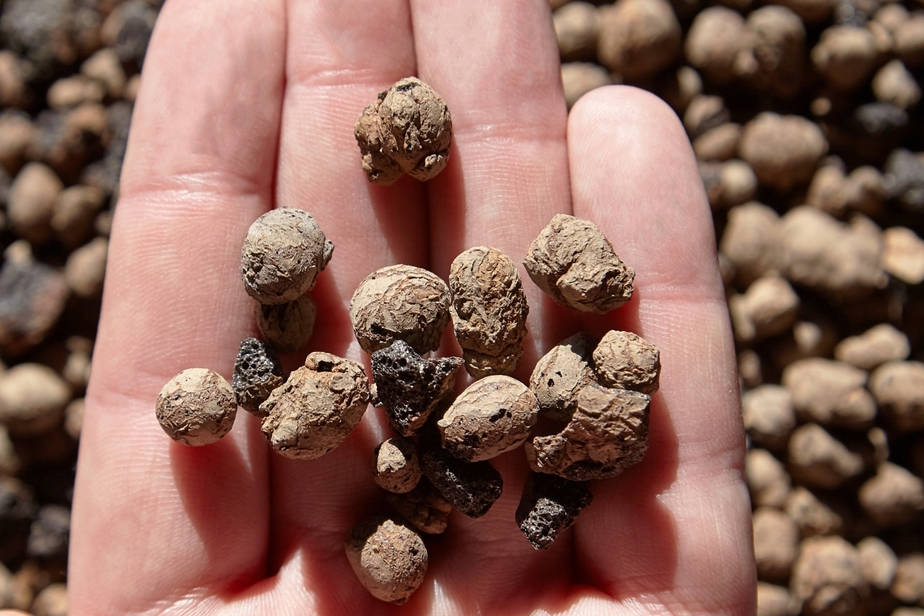 Lightweight expanded clay aggregate or LECA balls are a popular growth medium for indoor plants, but you’re not sure if they’re reusable. In today’s article, that’s what I’ll tell you!

Are LECA balls for plants reusable? Yes, LECA balls are infinitely reusable, but you will want to clean them inside and out before using the clay balls for a different plant species. To clean LECA balls, you should boil them.

Ahead, I’ll discuss how and why LECA balls are reusable. I’ll also delve into how to clean LECA so you can have yours for as long as you need them!

Can You Reuse LECA Balls?

LECA is reusable as a plant medium as many times as you’re willing to clean them between uses. The reason for that is due to the composition of the balls themselves.

The lightweight expanded clay aggregate known as LECA is clay that’s produced in a rotary kiln. That kiln burns at a very hot 2,190 degrees Fahrenheit.

The kiln-burning process allows gases to be released. These gases are integral in producing LECA, as the gases will cause the clay to make tiny bubbles and thus expand.

The clay, which was compact before the kiln burning, now has the structure of a honeycomb.

Most of the time, when you use something in your plant’s pot long-term, it begins to decay. Peat moss is a great example of this. LECA though does not decay, which is highly advantageous.

Even better is that a LECA ball will hold its shape so it can continually aerate the soil (if you even use soil anymore).

That said, there is one little caveat. You must thoroughly clean all LECA balls before you transition them from one plant to another.

Why is that? Clay can retain minerals for long periods of time. In the case of fertilizer, this can mean holding onto salts and nutrients.

Plants generally don’t like excess salt in their soil. Some species that are sensitive to salt can experience symptoms such as dead root tips, leaf tip browning, and slowed or stopped growth.

The lower leaves could be expelled from the plant as well.

Even an influx of minerals the plant doesn’t need could pose problems. When you later go to fertilize your plant, the combination of the old minerals and the new ones could lead to symptoms usually seen when you overfertilize your indoor plants.

These symptoms are seedling death, reduced or ceased growth, leaf shedding, browning or yellowing of the leaves, and visible fertilizer crust.

How to Clean Your LECA Balls for the Next Indoor Plant: A Step-by-Step Guide

Now you realize the importance of cleaning LECA balls before transitioning them from say, your aloe vera plant to your heart-leafed philodendron or any other plant.

This section will go through all the steps of cleaning your LECA balls so you can continue using them.

Step 1 – Take the LECA Balls Out of the Pot

The first step is arguably the most difficult. You need to collect every LECA ball in your plant’s pot – every last one.

If you’ve combined LECA and soil, then you’ll have to sift through the soil to find all the clay balls you’ve used to this point.

For the indoor gardeners using LECA as the sole growth medium, removing that growth medium does pose a bit of a challenge to your plant.

What if your plant’s roots have latched onto the LECA ball?

Then you’re going to have to leave that LECA ball behind. You can’t cut or pull the plant roots off, as that could damage and possibly even kill your plant.

Once you have all your LECA balls, or at least all the ones that wanted to come off your indoor plant, it’s time for the next step of cleaning.

You want to fill a pot with water and let it come to a boil.

The bigger the pot you have, the more LECA balls you can sterilize. However, I do recognize that you might have to sterilize your LECA in batches.

If so, I would recommend storing the LECA in two separate containers, bowls, or plastic bags. Label one Group A and the other Group B.

You have to repeat the boiling process to truly sterilize the LECA balls, and you don’t want to get confused about which balls have already been boiled once versus twice.

Pre-rinse the LECA balls with hot water from the tap in your kitchen sink. Then, when the water comes to a boil, insert the LECA into the pot. Turn off your stove.

Use a clean kitchen tool to stir the LECA balls around, sort of like if you’re cooking pasta. There’s no need to move the stirrer rotationally, though.

You’re not trying to cook the LECA. Rather, stirring and moving the clay balls allows you to clean exterior dirt and other debris that may linger on the surface of the LECA.

The time spent submerged in the boiling water will remove pore debris such as fertilizer salt, dirt, and minerals.

Take a LECA ball out of the boiling water (which may be tepid by now) and give it a feel with your hand. If it still feels grimy, then continue stirring and moving the LECA balls in the pot.

When you’re pleased with how the clay balls feel, get a strainer, put it in your sink, and pour the contents of the pot into the strainer to completely dry out .

Repeat the above two steps with any remaining segments of LECA balls.

You can never be too careful when it comes to disinfecting, and I think that applies to LECA balls as well.

Thus, even though the clay balls might be relatively clean after their first round of boiling, you want to do it again.

This is why I mentioned that labeling more than one portion of LECA balls is so important, by the way.

Just follow Steps 2 and 3 as you did the first time. Clean your stirrer and use it again to move the LECA balls about.

If the LECA balls seem extremely dirty or you just want to use an abundance of caution, then allow them to soak for several hours.

Should you feel relatively confident the clay balls are clean but thought a second soak couldn’t hurt, then you can dump the pot of water into the sink in under an hour.

As you did before, dump the contents of the pot into the sink through a strainer.

You could see red residue in the water. Don’t worry, this isn’t the LECA balls flaking off or disintegrating. They’ve been kiln-made in very hot temperatures, so boiling water won’t degrade them.

What you’re noticing is actually dirt, substances, and debris all collected into a watery mess. It’s nothing to panic over.

Seeing dirt and debris in the water is a good thing since it proves that boiling the LECA balls, to clean and sterilize them, is working.

Run the LECA balls under hot water again from your tap to rinse them thoroughly. You can work your hands over each of the clay balls for one more round of cleaning.

Then move the strained, clean LECA balls to a place where they can sit for at least the next 24 hours. The time will allow the clay balls to release the moisture that’s retained in their pores and dry out.

Yes, you must wait 24 hours or longer for the LECA to fully dry. Putting the clay balls into the soil any sooner means they’re soggy, and they could make conditions for your plant soggy as well.