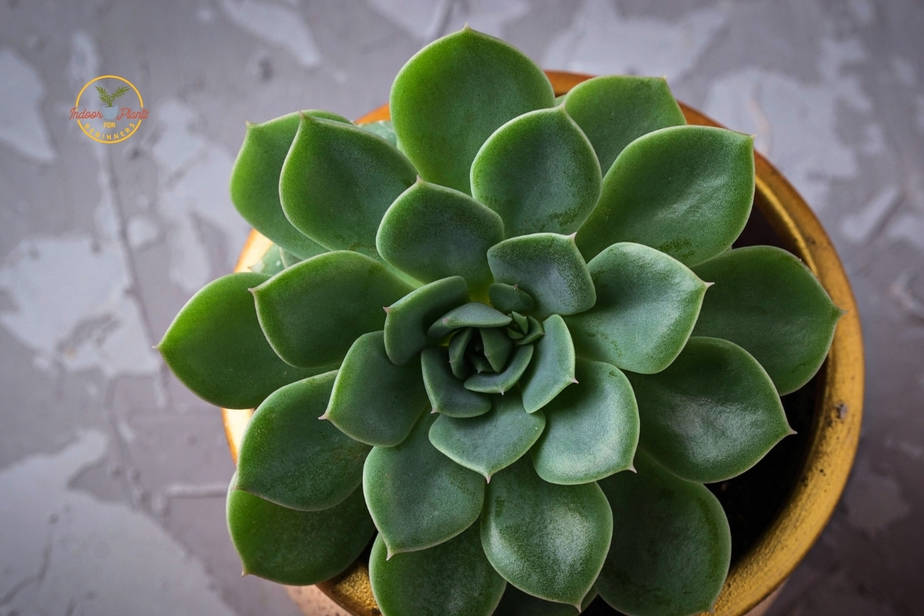 The Hen and Chicks (Sempervivum tectorum) succulent is one of the easiest plants to care for. If you want to impress your friends and family by growing your own hen and chicks successfully, this guide will show you everything you need to know.

Here’s how to care for a hen and chicks plant:

In this extensive guide, I’ll go over the above facets of this houseplant’s care in much more detail so you can grow your own hen and chicks plant. Even if you’re new to succulents, you’ll soon have all the information you need to understand and meet all their care requirements.

As I said in the intro, the hen and chicks is unrelated to poultry. Although several plants bear the name hen and chicks, among the most popular is the Sempervivum tectorum. This plant hails from southern Europe’s mountainous regions.

In Rome, there’s a long-running tradition involving the hen and chicks. The belief is that the plant will safeguard buildings from lightning strikes.

The hen and chicks likely earned that nickname (among many, many others) since there’s one larger plant (the hen) and then several smaller baby plants surrounding it (the chicks).

Each chick grows from the hen. Then the chick, which is now a hen, produces another chick and so on and so forth. This plant will grow one new chick per season if it’s healthy.

As a whole, the hen and chicks reaches sizes of 20 inches wide by six inches tall when grown outdoors. Indoors, it’s so tiny and tidy that it makes a great choice for an indoor plant for your work desk.

The rosettes formed by this plant are very appealing and come in hues such as green, gray, pale blue, and lavender. The hen and chicks can grow flowers that will appear purple or red.

The flowers feature flat, tall stems and develop in multiples of eight at a time. And while the flowers can be extremely beautiful, they are often the sign that your plants life is coming to an end.

The number of hen and chicks cultivars is unknown, but since this plant has been propagated for more than 200 years, it’s safe to say there are plenty of cultivars!

How to Care for Hen and Chicks (Sempervivum tectorum)

Now that you understand more about the fascinating succulent that is the hen and chicks, let’s dive right into what kind of care this succulent needs.

Watering a Hen and Chicks

As a succulent, watering your hen and chicks plant will be an event, it will be that infrequent.

Allow me to explain why. Succulents are used to growing in arid conditions where water is sparse. When they receive water, they store it in their fleshy leaves.

How long they can retain water varies by the succulent species, but they generally have enough water for at least a couple of weeks, even upwards of a month.

The fingertip test will tell you when it’s time to water your hen and chicks plant. When its soil is dry, then dust off your watering can.

If you forget to water this succulent, that’s okay too. The hen and chicks is drought-resistant, which means it can live in a waterless environment without withering for much longer than other houseplants.

While the Hen and Chicks (Sempervivum tectorum) is NOT an epiphyte, it has been known to thrive in areas without much rainfall and flourish without much soil.

Some new indoor gardeners think that succulents can never be underwatered, but that’s just a myth. Succulents, including the hen and chicks, can most certainly become dehydrated from not receiving enough water.

Succulents tend to show signs of dehydration differently than other plants, so it’s important to know what the signs mean.

How to Tell If Your Hen and Chicks Plant is Underwatered

Succulents have shallow roots, making them prone to root rot. You’d need to trim away the dead roots of your hen and chicks and then replant it to treat root rot. Even still, your plant might not survive once it’s reached the point of having root rot.

How to Tell If Your Hen and Chicks is Overwatered

When your hen and chicks is overwatered, its stems will not be able to hold themselves up anymore. The leaves become mushy and squishy when you touch them and their once vibrant color will appear transparent and then brown or black.

The hen and chicks plant is a sun lover, but you have to use your discretion. For ideal growth, color and optimal production of “chicks” or “offsets”, you’ll want to aim for 6 hours of full sun everyday.

If you live in a region where you experience four seasons (or as close to four seasons as you can get), then you can provide full sun for this plant such as from a southerly or westerly-facing window, the latter of which will receive more afternoon sun.

However, if where you call home is usually hot, then you’ll want to rethink where you put your hen and chicks plant. The afternoon sun can be a lot for this tiny succulent.

An easterly-facing window has more sunlight in the morning than in the afternoon, which is perfect in hot climes.

Consider giving your plant breaks with periods of shade in the summertime or if you live in a hot region with high temperatures throughout the year consider even more breaks from the heat.

Because a plant likes full sun doesn’t mean it likes the heat too. This is the case with hens & chicks.

If your plant begins growing long stems and offshoots but you’re not seeing much growth outside of that, this is known as legginess.

If your hen and chicks has become leggy from growing towards whatever light is available, you need to provide more sun or grow light and less shade for the plant.

Best Soil for a Hen and Chicks

Knowing what you do about the shallow roots of succulents, it’s no surprise that the hen and chicks plant needs well-draining soil.

Some indoor gardeners will add extra soil amendments when growing a hen and chicks. One such option is peat moss, especially if your plant’s soil is bordering on compacted or feels otherwise heavy. Peat moss or sphagnum lasts about a year in the soil before it loses its efficiency.

The hen and chicks needs soil that’s slightly acidic to neutral with a pH reading of between 6.6 and 7.5. Using peat moss can boost the acidity of soil somewhat, which is something to keep in mind.

You can even grow a hen and chicks completely soilless on a rock crevasse if you wanted to!

The Best Pot for a Hen and Chicks

Hen and chicks need well-draining soil conditions, so the best type of pot for them is one that leeches water relatively quickly. You have your pick between clay, terracotta, and ceramic.

I’m sure you can already guess, but each of these plant pot materials is quite heavy. If you have a larger hen and chicks that lived outside and is now transitioning to indoor life, you must handle its pot with care. If you drop ceramic or terracotta, it will shatter.

These materials are also not ideal for cold weather either. Prolonged exposure could cause clay or terracotta to become brittle and break.

If you find that you’re watering your hen and chicks more often, it could be that its pot is leeching too much water. I’d recommend a pot made of one of the above materials but with a plastic liner instead. Plastic is more nonporous and will retain water.

Buying a glazed terracotta, ceramic, or clay pot will allow some water retention as well.

The preferred temperature range for the hen and chicks plant is between 65 and 75 degrees Fahrenheit.

Since this plant will grow even throughout the winter, it’s unusual for it to be dormant. Growth will not occur until its conditions improve.

In very cold weather though, the hen and chicks is surprisingly tolerant. Its cold hardiness allows the plant to withstand very low temps down into the 30s.

Not like I’m saying you should test your luck with the hen and chicks and see how much cold it can tolerate. In a disaster scenario though, this plant likely would survive.

What about the humidity preferences of the hen and chicks? This plant doesn’t need extra humidity. The average indoor relative humidity of 30 to 50 percent should suffice.

The Best Fertilizer for a Hen and Chicks

Whether you want to fertilize the hen and chicks is up to you.

Some indoor gardeners forego the fertilizer altogether, especially when their plant is young, and their succulent survives just fine. Others decide to fertilize when the hen and chicks has matured.

If you’re in the latter camp, then you should fertilize about every month using a fertilizer with equal amounts of the macronutrients nitrogen, phosphorus, and potassium. The mix might read 20-20-20 or 15-15-15.

Don’t use full-strength fertilizer though! Dilute it to a quarter strength and then apply.

What Does an Over Fertilized Hen and Chicks Look Like?

Your hen and chicks will tell you if you’re overfertilizing it. The plant will stop growing (or experience slowed growth), its leaves will become brown or yellow, and you might even see fertilizer crust on the surface of the soil.

You’d have to replace the soil since the saltiness of fertilizer can affect the hen and chicks long after you stop fertilizing as frequently.

For more information on over fertilizing indoor plants, you’ll want to read my article: How to Fix Using Too Much Miracle-Gro on Your Plants

Can You Grow Hen and Chicks from Seed?

You’d need to plant the seeds in a cactus potting mix. Then, regularly mist the seeds to keep the soil damp, something you normally don’t do when tending to a mature hen and chicks.

Once planted, move the seeds to a space where you can control the temperature if possible. Ideally you’ll want the temp to remain between 65-75° degrees. Continue misting until the seeds germinate.

Once germination begins, add some fine gravel to the cactus mix, as this will help maintain the plant’s moisture while helping to prevent root rot.

Scale back how often you’re misting the seedlings too, doing it every few days instead of daily. Transport the seedlings to a sunny spot such as a windowsill. When the seedlings reach a diameter of an inch, you can move them to a new pot.

How Long Does a Hen and Chicks Live?

The hen and chicks lifespan is fascinating stuff. As I talked about earlier, it takes about a season for a chick to grow from a hen. The entire plant lives for roughly three years, so you can get only a handful of chicks per hen before the plant dies.

Yet since chicks become hens that can grow their own chicks, this plant can live almost infinitely even when the original hens are long since gone.

When your hen and chicks develops a stalk in the middle, this is a sign that death is impending. Even if you remove the stalk, the plant is still going to die.