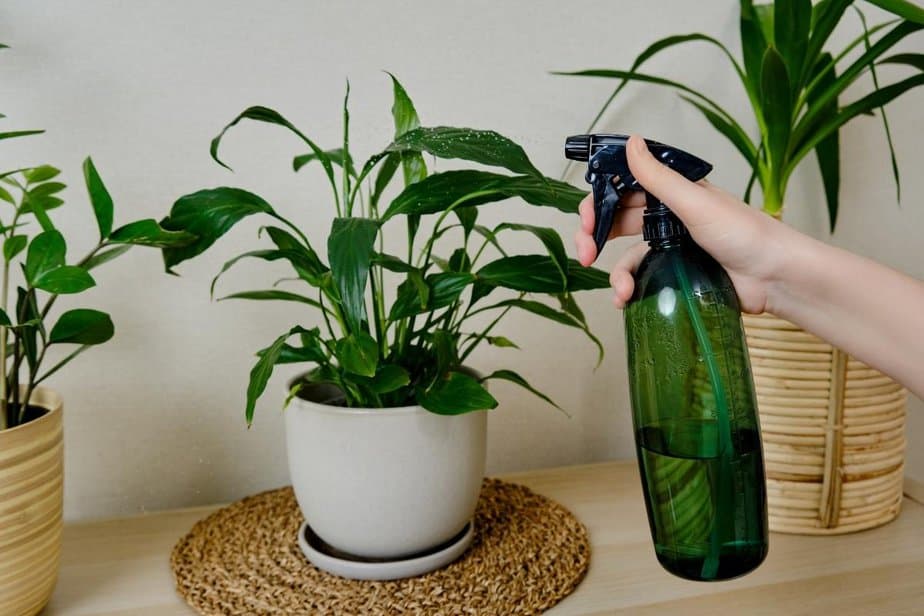 Scale are tiny insects (between two and five millimeters in size) that feed on a wide variety of plants. Since scale are known to suck up plant sap, draining plants of their life and energy, getting rid of scale on your plants is crucial. In this article, I’m going to explain exactly what to do to control the scale infestation on your plants.

Here’s what to do when your plants have scale insects on them:

This guide will be your go-to on how to handle scale infestations. First, I’ll delve into what scale bugs are, including their lifecycle and why they’re attracted to plants. Next, I’ll elaborate on the above scale removal tips and even share some preventative measures.

What Are Scale Insects and What Causes Them?

You can’t have a plan for defeating the enemy without knowing who the enemy is. Ignoring a scale problem will only cause it to get worse, so without further ado, let’s help you learn what you’re up against.

Scale insects have been around since the Triassic Period, which is estimated to have occurred nearly 51 million years ago. In other words, they’ve been here forever and they’re not going away anytime soon.

Although scale insects are known for the hard armor that they use to safeguard themselves from predators, not all scale have armor. Soft, unarmored scale also exist, as there are roughly 8,000 scale species.

Many of these species will leave a layer of wax in their wake, which is one means of identifying scale insects. I’ll talk momentarily about how to determine whether your houseplant has a scale problem.

Scale insects can lay hundreds of eggs at a time, perpetuating a cycle as their eggs hatch and more scale spread across your houseplant.

All scale start from eggs, going through two crawler or instar stages and sometimes an extra stage depending on whether the scale family is primitive or advanced (thanks evolution). Males have two instar stages only while females can have more.

Crawlers, upon exiting the egg, will look for a food source such as your plants. Then the scale is considered settled.

As the insect grows, it will molt, and the females will lose their legs so they can’t leave their food source. Males retain their legs and some can fly.

The average lifespan of a scale insect is anywhere from a couple of weeks to several months.

Determining whether your houseplant has a scale infestation isn’t always easy. Unarmored versus armored scale look different, and their sizes vary from two to five millimeters.

These insects are primarily white but can also be other colors. Plus, seeing the larvae with the naked eye is next to impossible.

The waxy trail that some scale insects leave behind will be a clear giveaway, as I said. You might also notice a group of light-colored bumpy things on the underside of your plant leaves since scale will cluster together.

Growth will slow or stop altogether depending on the size of the infestation.

Scale insects need to feed when they hatch and thus, the nearest plant is a great source of food.

Some plant species are undoubtedly more appealing to scale insects, including:

How to Treat Scale on Indoor Plants

Now that you’re clearer on scale insects and how they can become a big problem very quickly, it’s time to do something about it. Per the intro, here are my recommended measures for treating scale on indoor plants.

Vigilance is key when treating insects on your houseplant. If you catch scale early enough, then you have more remediation measures available to you.

For instance, when it’s just a few small clumps of scale insects, you can flick them off.

Since the insects are newcomers to your houseplant, they probably haven’t had time to settle. Some scale will wait until they’re practically dying of starvation to settle, which buys you extra time.

Brave indoor gardeners will flick the scale bugs off by hand. If the thought of doing so gives you the heebie-jeebies, then use a toothbrush, a chopstick, or a similar instrument.

Please don’t flick the scale insects off all willy-nilly though. Some species of male scale are winged, as I mentioned. That means they could theoretically fly back to the plant.

Females though cannot reach your plant again once they molt, as they become sedentary.

I would recommend flicking the bugs into a bag or container and then doing what you wish, whether that’s setting them free outside or killing them.

Here’s another measure you can use provided you catch the scale invasion early enough: rubbing alcohol. All you need is a container of your strongest rubbing alcohol (with at least 70 percent alcohol) and a cotton swab.

Dip the cotton swab into the rubbing alcohol and apply directly where you see the scale grouping together.

An alternate product you can apply in the early days of a scale infestation is neem oil. This oil comes from the neem tree, a species that’s native to the Indian subcontinent.

The odor of neem oil can be rather strong, FYI, smelling like garlic or peanuts, sometimes even a combination of the two.

Also, although it’s not alcohol by nature, neem oil is still strong enough that it can burn some sensitive plants.

You can either use it in small quantities and see how it affects your plant or you can dilute it as you did with the rubbing alcohol.

Remove Branches and Leaves Where Scale Have Been

Using clean pruning shears, trim off all leaves, branches, and other plant parts in which scale currently are or recently have been. These parts have been fed on, so they’re likely in bad shape anyway.

When you’re done pruning your plant, please disinfect your shears. This prevents you from accidentally spreading plant diseases among the rest of your indoor garden.

Horticultural oil and neem oil are not one and the same. Neem oil is a bug repellant and even a skin treatment whereas horticultural oil is intended for treating plant diseases and/or insect infestations.

You can make your own or buy it, but the latter might be on the same strength level as a pesticide.

Thus, I’d only recommend using store-bought horticultural oil when you’ve exhausted all your other options for removing or killing scale insects.

If you’d rather make your own milder horticultural oil at home, that’s another option. You’d need cottonseed oil (a cup) and liquid dish soap (a tablespoon). If you don’t have any cottonseed oil handy, that’s okay. You can replace it with vegetable, soybean, or safflower oil.

Before applying, dilute the oil with water. Use a cup of water for every 1 ½ tablespoons of horticultural oil. Then mist your houseplant. Shake the spray bottle before every use.

Bugs are going to be a part of your indoor garden whether you like it or not, so you might as well use them to your advantage.

Certain insect species such as ladybugs and soldier beetles are the more beneficial kind of bugs. They feed on scale.

Ladybugs like soft-bodied scale while soldier beetles don’t care as much if the scale insects are hard-bodied or soft-bodied.

Use Insecticidal Soap on Scale Larvae

Let’s say your scale problem got out of hand and the females have laid eggs. Those eggs have hatched and out have come scale larvae.

Killing scale larvae before they can mature is critical in stopping the infestation from becoming any larger.

Insecticidal soap spray is one such solution. Once you spray the soap on the scale larvae, it will get into their cuticles, leading to the collapse of cellular walls. The bug begins to suffocate and die.

You can make insecticidal soap spray at home with water and fragrance-free soap (no dishwashing detergent). For every gallon of water, use up to four tablespoons of soap. This is considered a weaker mixture, just so you know.

Despite that, damage to your plant can occur from insecticidal soap. I recommend applying the soap to a very small portion of your plant. Then let 24 hours elapse and see if that area is burned, discolored, or otherwise damaged.

If your plant is okay, then you need to use insecticidal soap on the plant’s leaves, stems, or foliage until it’s soaking.

If worse comes to worst and none of the above measures are helping with your plant’s scale infestation problem, then you might want to consider commercial pesticides.

Start with products containing azadirachtin, which is an ingredient in neem oil. This insecticidal compound is less toxic.

Did even that not work? Then you’ll have to resort to botanical insecticides.

Although not as dangerous for your plants or our planet as synthetic chemical pesticides, botanical insecticides still aren’t great. I would suggest isolating your affected houseplant to limit the potential damage of the insecticide from affecting your other houseplants.

Getting Rid of Scale Insects for Good – The Best Tips

The measures you’ve taken to remove your houseplant of scale insects worked. Here are some preventative tips you can use to keep your indoor garden scale-free!

Knowing that scale insects prefer citrus trees, flowering plants like roses, and some vegetable plants, you might want to reconsider growing these plants in your home or office. That’s not to say that scale insects can’t end up on other plants though!

At least every week, take the time to inspect each plant in your indoor garden. Since scale insects will cluster underneath the plant leaves, you have to check both the top side and the underside of the leaves for any potential signs of an infestation.

Diatomaceous earth is another means of safeguarding your houseplants from scale insects.

What is diatomaceous earth, you ask? It comprises diatom remains, with diatoms being small aquatic organisms. The remains, including skeletons, contain silica.

Scale and ants alike will not come near diatomaceous earth, so applying some around your houseplant can be effective.

According to Purdue University’s Landscape Report, weather fluctuations due to global warming have worsened the rate of scale infestations on plants. When plants experience drought conditions, this induces stress in many species.

Purdue says that “scale insects that feed on plants exposed to heat and drought will produce more eggs than those plants that are not stressed.”

Even if your houseplants are drought-resistant, watering them when their soil begins to dry out could be a simple but effective way of preventing scale infestations.