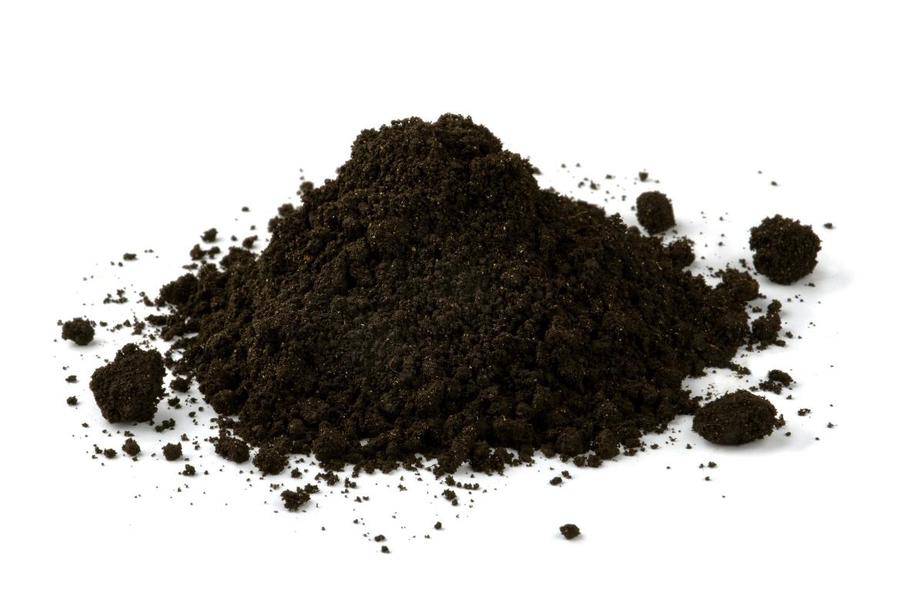 You open a fresh bag of potting soil to fill up your plant’s pot when you see them – fungus gnats. They can get into your potting soil and wreak havoc. I’ll tell you why it happens and how to handle it.

In this guide on dealing with fungus gnats and potting soil, I’ll explain how to identify fungus gnats, what you should do with your soil when you see them, and what to do if fungus gnats invade a plant’s soil after you potted your plant a while ago.

Before I can talk about removing the insects that have invaded your plant’s soil, you have to be sure exactly which insect you’re dealing with here.

To the naked eye, fungus gnats and fruit flies look a lot alike. Sure, technically, a fruit fly is a brown-reddish color, and a fungus gnat is black, but who’s going to be able to tell when they’re flitting about?

The easiest way to be sure is to determine where the bugs are coming from.

If you open a bag of potting soil and you see small, winged insects coming out, those are almost always fungus gnats.

It doesn’t even matter so much which micronutrients. From sulfur to magnesium, calcium, potassium, phosphorus, nitrogen, plant matter, clippings, mulch, fertilizer, and manure, fungus gnats will eat it all.

How do the fungus gnats get into the sealed potting soil bags?

That most likely happened between when the potting soil was made or manufactured or during the shipping process on the way to store shelves.

If the bag was compromised in any way, then even a microscopic tear is enough for a fungus gnat to get in. It lays eggs and the infestation spreads.

Because the life cycle of fungus gnats are so short, by the time the bag of potting soil mix reaches you, it could potentially be overrun with fungus gnats.

The same is true if you notice critters around the fruit in your home or office. These bugs aren’t called fruit flies for nothing!

Fungus gnats don’t care about fruit, whether it’s on your tabletop or growing from an indoor plant.

Fungus Gnats in a Brand New Bag of Potting Soil? Here’s What to Do

Tearing open a brand-spankin’-new bag of potting soil only to see fungus gnats emerge is not a pretty sight. You’re going to wonder what you can do to save your new potting soil.

You do have a few options, as I touched on in the intro, so let’s explore them in more detail now.

If you want to save gnat-ridden potting soil rather than return it, that’s another option. I wrote a post about using heat for soil sterilization, so this section will serve as a recap.

Since the potting soil you’re sterilizing contains fungus gnats and possibly eggs and/or larvae, I can’t stress enough that any baking sheets, bowls, and other kitchen equipment you use must be thoroughly disinfected when you’re done sterilizing the soil.

You might even consider throwing these items away and replacing them just to be safe.

Use Hydrogen Peroxide or a Fungicide

Sometimes, the new potting soil might be so completely infested with fungus gnats that it may require sterilizing it with Systemic House Plant Insect Control. It’s a store bought fungicide that I’ve been using for over a year and I’ve been very impressed with the results.

But, before you jump right to fungicide, I’d recommend trying hydrogen peroxide.

Hydrogen peroxide is a common product in bathroom pantries. It oxidizes, bleaches, and acts as an antiseptic, so it’s multifunctional.

You need hydrogen peroxide with a concentration of three percent only. If the concentration is higher than that, it can actually be too strong for disinfecting purposes.

Leave the soil in the water and hydrogen peroxide mixture overnight. By morning, both fluids will have evaporated.

If even hydrogen peroxide doesn’t do the trick, then you’ll have no choice but to apply a fungicide.

Many soil fungicides come in spray bottles so you can mist the soil as frequently as the product instructions recommend.

The store bought fungicide I recommended above is in a powder or “granular” form that you can shake onto the potting soil.

What I like about the Systemic House Plant Insect Control granules is that after killing the fungus gnats that land on the top soil, the next time you water your plants you’ve treated is that it soaks into the soil itself, killing eggs and larva of the fungus gnats beneath the top layer of potting soil as well.

Tightly Seal the Soil in Another Bag After Opening

Even if a new bag of potting soil doesn’t initially have fungus gnats, leaving the bag wide open can invite the gnats in if they’re lingering.

Many bags of potting soil aren’t resealable. Rather than use a plastic kitchen clip, you should transfer the soil into airtight containers.

This way, you can avoid all the hassle of treating and disinfecting the soil as I’ve described in this entire section.

How Do I Get Rid of Fungus Gnats in My Potted Plants?

Perhaps you have a slightly different problem. You’re not fighting with fungus gnats in a freshly opened bag of potting soil. Rather, the gnats have invaded your previously potted plants.

You can still sterilize or treat the soil with hydrogen peroxide or a fungicide. In addition, the following measures also work.

Fungus gnats are a huge nuisance, but they’re not particularly intelligent. You can easily catch them with some sticky traps near your potted plants.

The sticky traps must be yellow. Fungus gnats are naturally drawn to the bright, sunny hue, so a yellow trap will certainly lure them over.

Allow fungus gnats to accumulate on the sticky traps until they’re full. Then replace the traps and keep repeating this as necessary until you don’t catch any more fungus gnats.

Mix the Soil with a Trowel

Aerating the soil is another way to combat these unwanted bugs, so invest in a hand trowel if you don’t already own one.

Each day, you want to dig through the soil with the trowel an inch or two down.

As you introduce air into the potting soil, the fungus gnat larvae that were hiding deep in the soil are brought to the surface. You can then remove or kill them.

I’d also suggest using a soil cover. A soil cover is simply a layer of substrate atop the soil such as moss, gravel, or sand.

You can buy commercial soil covers or make your own.

The gnats can burrow into soil no problem, but when it comes to sand or moss, they don’t have nearly as easy of a time.

Besides looking decorative, a soil cover also limits what fungus gnats can do. Adding sand to the topsoil of your potting mix stops fungus gnats from being able to dig into it and lay their eggs.

If you’re able to cover the soil with sand stopping their ability to reproduce will put and end to the fungus gnat infestation for sure. The only downside to using sand to deal with fungus gnats is that it can take up to a week to work completely.

What that means is that the fungus gnats have an entire week to find another nearby plant to move to. If you go the sand route, it’s extremely important to remove any nearby plants until you’ve eradicated the fungus gnat population.

I mentioned before that fungus gnats love micronutrients, but that’s far from all. They’re also fans of moist soil.

The drier the soil is, the less the gnats will want to be there.

That doesn’t mean you should deprive your plant of hydration. Instead, you want to control the amount of moisture you add to the pot.

Now, if the plant you’re growing needs consistently moist soil, then disregard. You can’t let the soil dry out too much or you’ll stress out your plant.

You’ll just have to be ultra-diligent when you water the plant and watch out for fungus gnats.

For those indoor plants that don’t need moist soil around the clock, let the soil dry out more often.

Overwatering, besides contributing to fungus gnats, can also cause the deadly fungal disease known as root rot. Controlling your plant’s watering habits is worth doing!

When it comes time to water your indoor plants, you can always switch to bottom watering.

This watering method requires you to fill a shallow basin with water and then place your plant in the water pot-side down. The plant sits for around 10 minutes.

Then you drain the water, allow your plant to drip dry, and repeat the next time the plant needs water.

Bottom watering is convenient for a variety of reasons. Your plant receives water from the bottom up so the roots can get the hydration they need.

You also prevent the top layers of soil from getting wet, not to mention the foliage stays dry too (which some plants are really picky about!).

I’ve talked plenty about using heat treatments to kill off fungus gnats and their larvae, but I haven’t mentioned anything about the cold.

Can you freeze out fungus gnats?

Fungus gnats die off at temperatures of 60 degrees and colder, or so it seems.

According to a 2016 article in the Anchorage Daily News, fungus gnats can make it through the winter.

How? Only half their bodies will freeze. The other half doesn’t, and that half includes the bug’s head.

In temperatures of -25 degrees, the Anchorage Daily News article said, a fungus gnat’s abdomen will freeze. However, it takes temps down to -60 degrees before the head will freeze!

You can wait until fall and certainly winter for fungus gnats to disappear on their own.

However, if you think that exposing your plants to very low temperatures will kill off fungus gnats, science proves it won’t work.

All you’ll end up doing is killing your plant!